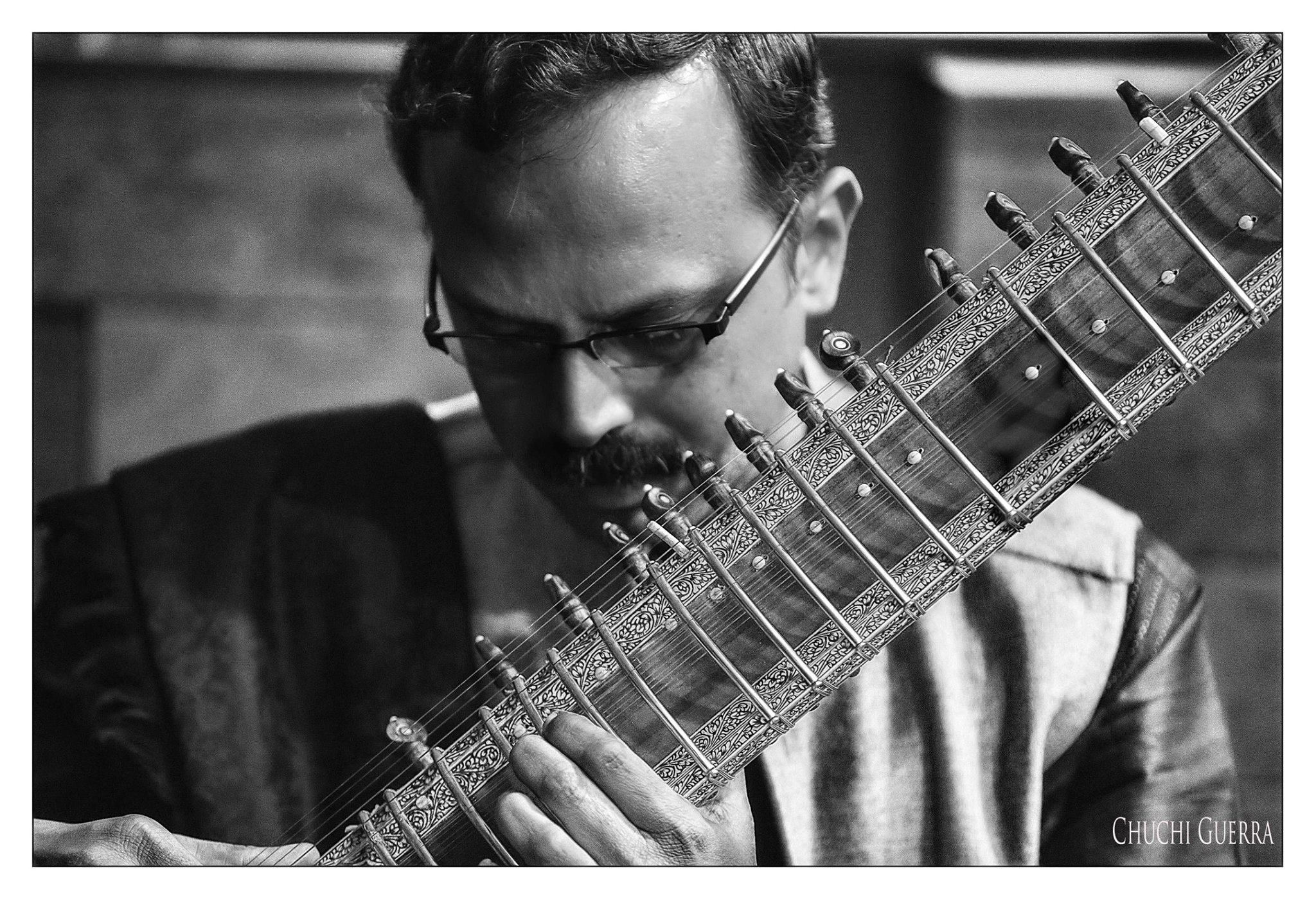 By the sitar player  Subrata De.

Subrata De is the most promising name in Sitar today. A sitarist from Bishnupur Gharana, Mr. De has not only earned his reputation as a performer, but as a cultural ambassador of India, propagating Indian culture in its purest form all over the world. He also works for cultural exchanges between India and foreign countries through concerts, lecture demonstrations and facilitating exchange programmes. He is also looked up to by young artists for getting suitable opportunities and mentoring to showcase their talents at appropriate stages.