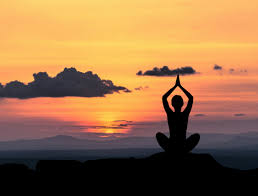 The Indian Prime Minister Narendra Modi had a telephonic conversation with President of Spain Pedro Sánchez on 4th April. While talking about the pandemic situation, the two leaders spoke about yoga and traditional herbal medicines for the physical and psychological health of people living under lockdowns.

Yoga, a union of physical and spiritual exercise done through asanas (poses), pranayama (breathing) and dhyana (meditation), is the most sought after exercise particularly in the present world- wide lockdowns due to transnational Covid 19 pandemic. Social media and internet is full of sites claiming to give free online classes on yoga. Gyms are closed in the time of social distancing and all other outdoor recreational activities like jogging or walking have come to a halt. Yoga is one of those mind and body practices that can be easily done within the four walls of homes.

Government in India has been taking measures to popularize the benefits of yoga to the masses. Such as in 2001, a digital library was set up to collate and preserve traditional knowledge on yoga. Through the Ministry of Ayurveda, Yoga and Naturopathy, Unani, Siddha and Homeopathy (AYUSH), set up in 2014, India is taking various measures to bring the benefits of yoga and traditional medicinal practices (as acknowledged by the two leaders as herbal medicines) to the people. Ministry has set up yoga and naturopathy centres in primary health centers or in state hospitals. Under the Ministry of AYUSH, Morarji Desai National Institute of Yoga gives three years Bachelors of Science degrees on yoga and one- year diploma certificates.

Sharing and spreading the knowledge and benefits of yoga with the World, India proposed the UN to declare 21 June as the International Yoga day. The declaration was supported by 177 co-sponsoring countries. It is recognition of the fact that yoga, which originated in India, belongs to the world.

The journey of yoga itself is very interesting. The traditional yoga that originated in India concentrated on breathing and meditation combined with spirituality. In the 20th century, yogic teachers from India travelled to the western countries and spread the knowledge of yoga. The influences of other physical exercises from the west like bodybuilding, gymnastics or military calisthenics made inroads in yoga. One grew up on another, one took best practices of the other and a new range of yoga practices came to fore. The 20th century yoga, spread in the western countries, was brought with in the domain of hath yoga, which however is quite different from hath yoga that was traditionally understood in India.

Today, yoga industry is a multi-billion industry from yoga studios to yoga products like mats and outfits. Spain is one of the most sought after yoga destination in Europe. Its rich history, mild climate, scenic beauty are added charm for practitioners who visit Spain. The Indian Embassy also offers yoga classes in Madrid or in Valladolid through Casa De La India. Since the classes cannot be held during the lockdown, the Embassy is making efforts to teach yoga through social media like Facebook. Many other yoga studios have begun to offer free online yoga courses for people confined to their homes. The beauty of yoga is that its practice is not dependent on studios, mats or body-hugging attire. It is easily practiced at home on chatais or carpets in loose fitted clothes. At this hour of crisis inner peace along with physical well being is essential to help in countering anxieties and depressions.

Many peace mediators emphasise on the importance of yogic asanas and breathing practices for its adherents. In any stressful situation the most important element is inner peace, which can bring in calm and happiness. This is the need of the hour.

The fallout of this human tragedy could be enormous. Loss of near and dear ones, social distancing or isolation could impact on socio-psychological conditions of people. Yoga can be one way to help people face the situation calmly, remain physically healthy and attain peace and tranquility.