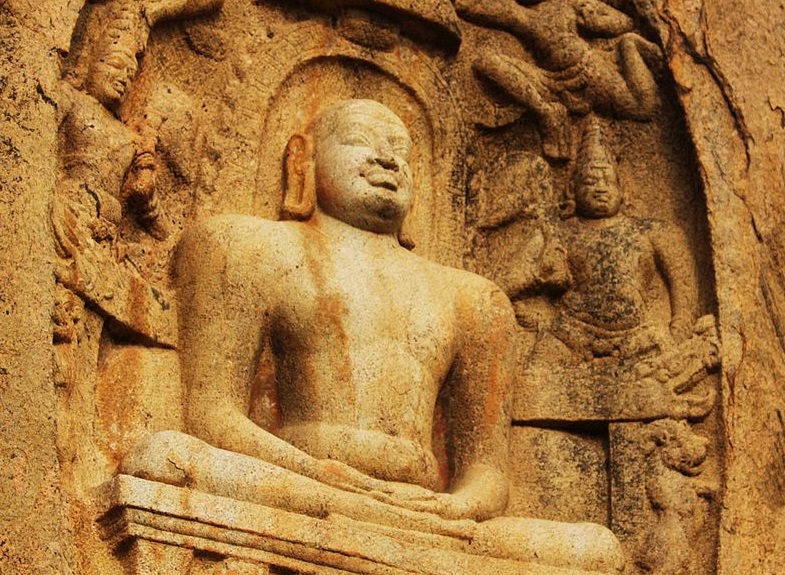 Mahavir Jayanti is celebrated on 6th April this year. It is a festivity marking the birth of Lord Mahavir; the 24th and last Tirthankara of Jainism. As per the Gregorian calendar, it is celebrated on the 13th day of bright side of rising moon in Chaitra month (1st month as per Vikrama Samwat). This day is also called Veer Teras and Mahavir Janm Kalyanak.

Lord Mahavir was born in Vaishali district which is in the state of Bihar, India. He was born in 599 BCE to King Siddhartha and Queen Trishala. As per the Jainism texts, due to his sins in previous births, Lord Mahavir was to be conceived by a Brahmin couple Devananda and Rishabhdeva. After a few months of staying in Devananda’s womb, Lord Indra switched the embryo with Queen Trishala’s embryo. This was done because as per the legend, Tirthankara are always born in a royal family. Queen Trishala during her pregnancy saw fourteen dreams which signified that the child will become either a great king or Tirthankara. On birth, Lord Indra took the infant to Sumeru Parvat (Mount Meru) and did his Abhishek (consecration). In childhood, Lord Mahavir was named Vardhamana but his showcase of valor in early years of life gained him the name of Mahavir. He was married to Princess Yashoda and the couple also had a daughter named Priyadarshana. He renounced the materialistic world and took Deeksha (renounced the world) at 30 years of age and after spending 12 in meditating, praying and doing various fasts, he attained Kevala jnana (omniscience, or infinite knowledge) on the banks of river Rijubalika (present day Barakar river). He preached the world for next thirty years before his death on the no moon night (Amavasa) of Aso / Ashwin month (7th month as per Vikrama Samwat) as per the Gregoirian calendar. Hindus celebrate this day as Diwali and its next day as New Year.

One of the main lessons taught by Lord Mahavir was “Ahinsa Pamro Dharma” which means non-violence is the greatest religion. According to him, there is a metaphysical existence of jiva (soul) which is bounded to samsara (transmigration) because of karma (actions that a person does in his life). The motive of the spiritual practice is to liberate one’s soul from the circle of karma and attain moksha (where the souls are liberated from rebirths).

Mahavir Jayanti is one of the most important festival of Jains. They celebrate it with utmost zeal and vigor. The Jain temples called Derasara is decorated with flowers, Swastikas and Rangoli (patterns and designs made from colors). The sculptures and statues of Lord Mahavir are carried in a chariot in processions called Ratha Yatra. In the temples, Stavanas (devotional songs) are recited marking the birth of the Tirthankara. The devotees celebrate the day by offering prayers, doing Pooja, meditating, and fasting. There are various abhisheks performed on the sculpture of the god and prayers chanted. A lot of Jains does charity that day by freeing the animals and birds from slaughter house, feeding the cows, serving the poor, etc. There are also dance performances, devotional songs, competitions, and speeches at the Derasara.

On this auspicious day, the Jain monks give Pravachana (lecture) on the ideologies and morals of Lord Mahavir and promotes the true idea of Jainism among the listeners. The teachings of the Lord were compiled by his disciple, Gautama Swami in the form of Agamas which are divided into 12 parts. The Agamas teach counts 5 vows that all Jains should follow. The first one is Ahinsa (non-violence) in thought, speech and action. Second is Satya (truthfulness) which says that one must be truthful not just to others but also to one’s own self. The third vow is Asteya (non-stealing) where he asks people not to take anything which not given or earned. The fourth one is Aparigraha (non-attachment) meaning any common person should not get attached to the materialistic things while the monks should not think that they own anything. Lastly, he also preached Bramhacharya (chastity) where he asks giving up sexual desires and pleasures for monks and loyalty in common people towards their spouses. Following all these vows virtuously will help a person attain Moksha (enlightenment). This is what the last Jain Tirthankara wanted from all his followers as well as non-followers to break the cycle of birth, death and rebirth and attain moksha.